What does “God…without passions” Mean?

You are here:
Jim ButlerTheology proper 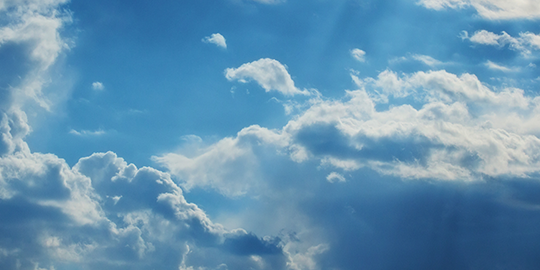 In the 2nd London Confession of Faith, chapter 2:1, we read concerning God: “The Lord our God is but one only living and true God…without body, parts, or passions…” The denial of passions with reference to God is referred to as the doctrine of divine impassibility.

A Statement of the Doctrine

A standard definition of impassibility is, “That divine attribute whereby God is said not to experience inner emotional changes, whether enacted freely from within or effected by his relationship to and interaction with human beings and the created order.”

The doctrine of divine impassibility is generally treated under the doctrine of immutability in the standard books on systematic theology. Immutability means that God is without change. The Scripture is clear on the doctrine of immutability (see Numbers 23:19; 1 Samuel 15:29; Malachi 3:6; James 1:17) and the logic regarding impassibility should be clear: if God is unchangeable, then He is impassible. If God did in fact experience inner emotional changes, He would be mutable. To suggest otherwise would be to affirm that God was less than perfect to begin with: if He changes it is either for the better or for the worse, neither of which is consistent with the biblical data concerning God.

What the Doctrine Does Not Mean

The doctrine of divine impassibility does not mean that God is static or inert. In our zeal to prove this, it is, however, important to choose terminology that does not ascribe change to God. For instance, the words “affections,” “emotions,” and “passions” all suggest change within God. Also, we often use “attributes” to describe those things that are either peculiar to God alone (incommunicable attributes), or those things that are true of God and in a lesser degree, true of man (communicable attributes).

Thomas Adams well said, “They are perfections in him what are affections in us.”[1] The Scriptures, then, are clear concerning God’s perfections; for instance, God is love (1 John 4:8, 16). The Bible consistently teaches that God does relate to His creatures in terms of love, goodness, mercy, kindness, justice and wrath. An affirmation of divine impassibility does not mean a denial of true perfections in God. However, these descriptions of God’s character are not to be understood as changing or fluctuating things.

Objections to the Doctrine

Some modern authors have challenged the classical doctrine of impassibility. While there are several reasons for this, two of the most persuasive ones seem to be (1) the biblical descriptions of change occurring in God and (2) the fact that Jesus Christ suffered.

In the first place, when Scripture speaks of change occurring in God, these passages do not describe actual inner emotional changes in God, but rather these passages are a means whereby God communicates “in the manner of men” so that He can effectively reveal His unchanging character to man. For instance, when Scripture speaks of God “repenting” (Genesis 6:6; Judges 2:18; 10:16; etc.), these are called anthropopathic statements. An anthropopathism is when the biblical author ascribes human emotion to God. While this may be a new word to many, most Christians are familiar with the word anthropomorphism.

An anthropomorphism is used by the biblical authors when they ascribe human characteristics to God; i.e. when the Scripture says God has eyes, or a mighty right arm, or that He comes down to dwell on Mount Sinai (2 Chronicles 16:9; Isaiah 62:8; Exodus 19:20). Such descriptions are accommodations to man that are designed to communicate certain truths to man. In the same way, anthropopathisms are not descriptions of actual change in God, but are a means to communicate something concerning the character of the infinite God to man in language designed to be comprehended by man who is limited by his finite capacities.

Secondly, the sufferings that Jesus Christ went through were real. He was despised and rejected by men, He was betrayed by Judas, delivered into the hands of the Romans, and at the request of the unbelieving Jews, He was crucified. It is important to remember that Jesus Christ was unique: He is one glorious Person with two natures, human and divine. Christianity from the New Testament period on always predicated the suffering of Christ, according to His humanity.

In other words, Christ as God did not suffer and die, but Christ as Man. There are not two Christs, but one Christ who has two natures. To confine the suffering and death of Christ according to His humanity protects divine impassibility. Conversely, impassibility protects from the notion of a God who suffers and dies.

For those interested in studying the doctrine of divine impassibility further, there are three helpful resources published by Reformed Baptist Academic Press (www.rbap.net): God without Passions: a Primer – A Practical and Pastoral Study of Divine Impassibility by Samuel Renihan; God without Passions: a Reader by Samuel Renihan; and Confessing the Impassible God: The Biblical, Classical, & Confessional Doctrine of Divine Impassibility. It is suggested that the books be read in the order given. May God grant the church in our day clarity with reference to this most important subject.