What does it mean to “fear God?”

You are here:
Biblical PrinciplesJim Butler 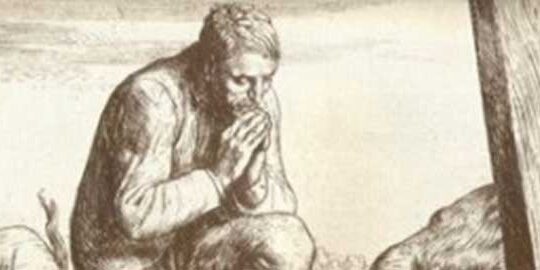 The Bible often speaks about the “fear of God.” There are two types of the fear of God, the first is a slavish fear, and the second is a filial fear. Both are referred to in Exodus 20:20, “And Moses said to the people, ‘Do not fear [slavish]; for God has come to test you, and that His fear [filial] may be before you, so that you may not sin.’” John Murray described the fear of God (in this second sense) as “the soul of godliness.”[1] He also wrote, “The fear of God in us is that frame of heart and mind which reflects our apprehension of who and what God is, and who and what God is will tolerate nothing less than totality commitment to Him.”[2]

The people of God today must realize that the fear of God is not an Old Testament concept that was done away with the coming of Jesus Christ. It is not an outdated, antiquated concept confined to a primitive people serving their god among the nations serving their gods. Rather, it is “the soul of godliness” that is the result of the grace of God and which frames the heart and actions for service to God. It is that disposition of soul which should find expression in the church of Christ as the people of God gather together for worship. It is the right response to those who are saved by grace alone, through faith alone, in Christ alone. David rightly recognized this: “If You, LORD, should mark iniquities, O Lord, who could stand? But there is forgiveness with You, that You may be feared” (Ps 130:3-4).

Subscribe to be notified by email for new blog posts