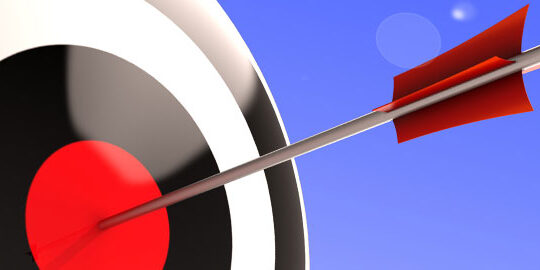 There is, however, a tendency in the church to confuse the doctrines, to combine the doctrines, and to fail to recognize the distinction between the two. Justification is concerned with Christ’s work for the sinner as the ground of acceptance with our holy God. Sanctification is the work of the Spirit in the justified sinner whereby he is conformed more and more into the image of the Lord Jesus.

Protestants run the risk of such confusion also. It is important to remember that the gospel, strictly defined (see for instance 1 Corinthians 15:1-4), is the historic, revealed message concerning Jesus Christ. It is that record of events which focus upon Christ’s life, death, and resurrection for sinners.

The popular idea that believers ought “to live the gospel,” is wrong; one cannot live the good news of Christ’s life, death, and resurrection for sinners – it is a message, it is a declaration, it is good news. One can live in light of the gospel, one can let his conduct be worthy of the gospel, and one must pursue holiness; but to live out the events of Christ’s redemptive work on behalf of sinners, is a confusion of categories.

When ministers preach the gospel, they preach the historic, revealed, and Christ-centered message concerning His doing, dying, and rising again for sinners. They preach the finished work of Christ as the only foundation for acceptance with God. They preach the pardon of sins and imputation of righteousness grounded solely in the active and passive obedience of Christ. They preach the glory of God in the reconciling of sinners to Himself by Jesus Christ. Period. Full stop. No additions, no subtractions, no supplements.

When ministers preach the effects of the gospel, or the transforming power of the gospel, they rightly instruct the people of God regarding the ethical implications of having believed the truth. If we do not keep these categories distinct, we run the risk of Romanism, Galatianism, or any other “ism” that includes man’s performance for his acceptance with God.

The Bible recognizes the inclination of sinful man to try to take credit for his acceptance with God.

This is precisely why the Apostle Paul labors earnestly in Romans and Galatians (and elsewhere) to highlight the great truths recovered by the reformation believers: we are saved by grace alone, through faith alone, in Christ alone, to the glory of God alone.

If we confuse justification and sanctification, we compromise the biblical gospel. J. Gresham Machen underscored the importance of justification by faith alone in his Notes on Galatians:

Certainly the point of difference between Paul and the Judaizers…was no trifling difference, no matter how trifling it may seem to the modern Church. It was the difference between a religion of merit and a religion of grace. The Judaizers’ teaching required a man to earn at least a part of his salvation by his own keeping of God’s law. Paul saw clearly that to follow such teaching was to do despite to the cross of Christ. If we have to fill up even the slightest gap by our own works, then we are still lost in sin; for the awakened conscience sees clearly that our own works are insufficient to bridge even the smallest gap. We must trust Christ for nothing or for all; to trust Him only for part is the essence of unbelief. There are two ways of being saved, according to the Apostle Paul. One way is to keep the law perfectly. That way is closed because of sin. The other way is to accept the gift of salvation which Christ offers us freely by His cross. The two ways cannot both be followed – that is the burden of the Epistle to the Galatians. A man must choose as the way of salvation either the law or grace. In bidding men choose the latter way the Apostle was contending for the very heart of the Christian religion.[1]

The interested reader ought to consult chapters 11 (“Of Justification”) and 13 (“Of Sanctification”) in the 2nd London Confession of Faith of 1677/89 for further explanation.