Revelation: The Commission of John 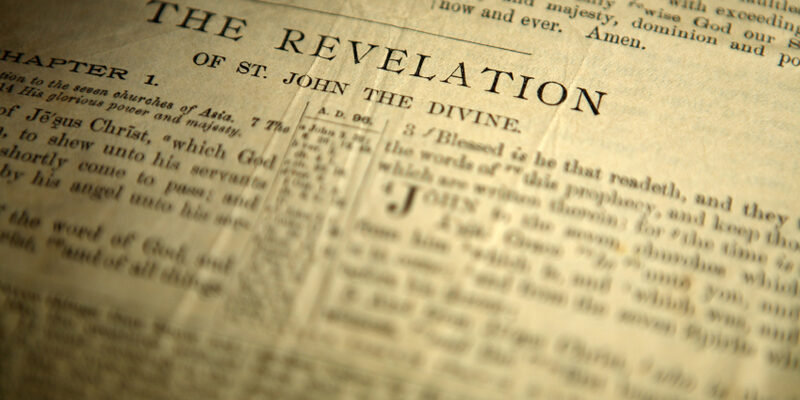 John’s Relationship With His Audience

John writes in Rev. 1:9, “I, John, both your brother and companion in the tribulation and kingdom and patience of Jesus Christ, was on the island of Patmos for the word of God and for the testimony of Jesus Christ.” John identifies with his audience in three important aspects of Christian living: tribulation, kingdom, and patience. John spoke as one who shared in the sufferings of Jesus Christ. He was not immune from the tribulation facing his audience; he shared in it. D.S. Clark writes, “He stood with them on common ground. Every hardship they bore, he endured. Every prospect of martyrdom they faced, he had already contemplated. He was even in the vanguard bearing the first baptism of fire and blood. They would listen to the words of one who suffered in their sufferings, and stood in the forefront of their dangers.”

A fitting summary statement of the book of Revelation is Jesus’ words in John 16:33, “These things I have spoken to you, that in Me you may have peace. In the world you will have tribulation; but be of good cheer, I have overcome the world.” Revelation addresses the tribulation Christians face in the world. God does not lie. He tells it like it is. He does not hide the difficulties associated with following Christ in a hostile world. The Christian life can be a life punctuated by suffering and trial and tribulation and torture and persecution and imprisonment and death. But Revelation always directs us back to the throne of Christ who has overcome the world and therefore bids us to “be of good cheer.”

This participation in tribulation and kingdom produces patience. John says he is a brother and companion in the tribulation, and kingdom, and patience of Jesus Christ. The patience John refers to means “patient endurance; bearing up under pressure” and is translated “perseverance” in Rev. 3:10 (cf. also Rom. 5:3-4). Is this not God’s way? He gives us a kingdom but we dwell in a hostile land. This promotes perseverance on the part of His children as they strive to be faithful and imitate their Master who was tried while a King. G.K. Beale writes, “This is a formula for kingship: faithful endurance through tribulation is the means by which one reigns in the present with Jesus. Believers are not mere subjects in Christ’s kingdom. ‘Fellow partaker’ underscores the active involvement of saints not only in enduring tribulation, but also in reigning in the midst of tribulation.”

While John was “in the Spirit on the Lord’s Day,” the glorified Christ commissioned him to write the book of Revelation. Commenting on the phrase “in the Spirit,” D.S. Clark writes, “We cannot describe this psychological state other than to suppose that all the channels of his being were open toward God, ready for the reception of any divine communication.” The reference to the “Lord’s Day” is commonly understood to be a reference to Sunday, the Christian day of worship. As James Durham noted, “As the Lord’s Supper is for the remembrance of His death till He come again; so is this day for remembering the work of redemption, and His resurrection, till He come again.”

The nature of John’s commission is consistent with much of what occurred in the Old Testament when a man of God was called to proclaim the message of God. G.K. Beale and Sean McDonough state, “The introduction of John’s commission is coined in the language of the prophet Ezekiel’s repeated rapture in the Spirit, thus identifying John’s revelation with that of the OT prophets (cf. Ezek. 2:2; 3:12, 14, 24; 11:1; 43:5). His prophetic authority is enforced by the description of the voice that he heard as “a great voice as a trumpet,” evoking the same voice that Moses heard when Yahweh revealed Himself to him on Mount Sinai (Exod. 19:16, 19-20).”

The commissioning of John was enjoined with a vision of the Commissioner, as was the case in the OT. John is given a vision of the glorified Christ who has come to use John to set forth His word to the tried and troubled churches in Asia Minor. John’s message is relevant for us today as we are still called to tribulation, kingdom loyalty, and perseverance to the end.