The Believer and Discouragement 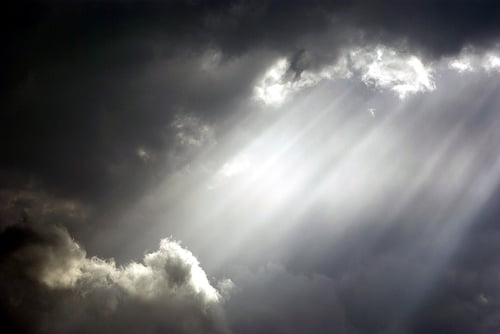 Contrary to some notions that often affect the church, believers face difficulties and discouragements in the Christian life.  The Christian “must through many tribulations enter the kingdom of God” (Acts 14:22).  The Christian who lives godly in Christ Jesus will suffer persecution (2 Tim 3:12).  In a world that opposes God and His Christ, how can believers even think they will escape the difficulties and discouragements that are part and parcel of such a system?  Added to this, the believer’s Master was described by the Prophet Isaiah as a “Man of sorrows” and one “acquainted with grief” (Is 53:3).  The book of Hebrews states that our Lord “learned obedience by the things which He suffered” (Heb 5:8).  In light of these truths, the question is not “will I have difficulty and discouragement” but rather “what am I supposed to do in the midst of difficulty and discouragement?”

The Prophet Micah faced difficulties and discouragements during his ministry in Judah in the 7th century B.C.  In chapter 7 of his book, Micah begins with a lamentation because he had no godly companionship.  He laments that “the faithful man has perished from the earth” and that there was “no one upright among men” (v.2).  The leadership of Judah was also ungodly (vv.3-4) which further highlighted the extensive corruption of society.  Added to this, there was no comfort to be had even in family relations as this basic institution of society had also disintegrated.  I daresay that most Christians who read this blog have at least one person they can turn to in their churches or in their families; such was not the case for Micah.  If we ask the question:  “what did Micah do in order to deal with these difficulties he encountered?” we must acknowledge that he did not leave Judah for a better society, nor did he seek aid from professional counselors.  In fact, the question “what did he do,” is better put, “in Whom did he trust?”

As Micah continues in chapter 7, we find that it was theology that pulled him through the difficulties and discouragements facing him.  We tend to think that theology and biblical truth are the possession of the academic elite or of the teachers in the church.  We desperately need to recognize that theology is the stuff that not only informs us of who God is and what He does, but it is also the stuff that steadies the believer when faced with the trials of life.  For instance, Micah’s understanding of who God is and what God does enabled him to declare, “Therefore I will look to the LORD; I will wait for the God of my salvation; My God will hear me” (v.7).  He understood that while Judah would in fact fall (probably a reference to coming exile), she would in fact rise by the power of God (v.8).  He understood that those who made fun of Judah (v.10b) and challenged their God, would be brought to certain judgment (vv.9-10a).  He understood that the remnant would expand (vv.11-13), and that due to the coming of the Lord Jesus Christ which he had previously reported in chapter 5.  He understood that the people of God would triumph because the God of the people – the Lord, would shepherd them (vv.14-15) and that He would destroy their enemies (vv.16-17).

Micah’s theological understanding comes to glorious expression in the final verses of his prophecy.  In a play on his own name, he asks the question that Israel posed after having been delivered from Egypt (cf. Ex 15:11), “Who is a God like You?  Pardoning iniquity and passing over the transgression of the remnant of His heritage?” (v.18). Micah is not seeking information; Micah is rejoicing in free grace!  God passes over the transgression of His people (v.18) and “does not retain His anger forever; because He delights in mercy.” His character is such that He delights to demonstrate mercy to His people.  His conduct is such that He passes over their transgression.  It is important to remember that God does not pass over His people’s transgression by pretending they do not sin or by turning a blind eye to their sin.  Rather, as Paul will later explain in Romans 3, God passes over His people’s transgression because He set forth His Son Jesus Christ as the propitiation who bore the wrath of God for His people’s sins.    Micah ends by recounting more of God’s character, “He will again have compassion on us, and will subdue our iniquities.  You will cast all our sins into the depths of the sea” (v.19), and God’s covenantal faithfulness, “You will give truth to Jacob and mercy to Abraham, which You have sworn to our fathers from days of old” (v.20).