You are here:
Biblical PrinciplesJim Butler 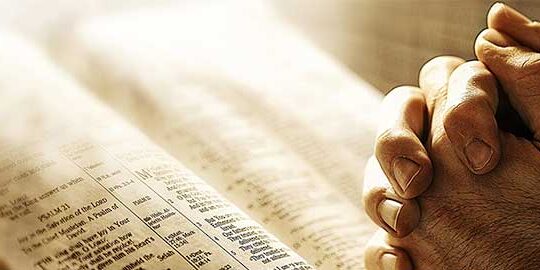 In 2 Timothy 2:15, Paul writes, “Be diligent to present yourself approved to God, a worker who does not need to be ashamed, rightly dividing the word of truth.” There are several things the church needs to hear about this text.

In the first place, the Christian ministry must be populated by men who work hard. Like the farmer in 2 Timothy 2:6 who is described as “The hardworking farmer,” ministers are to labor diligently in the word and doctrine. Second, the Christian minister is to seek the approval of God, not men. This is not to say that he should purposefully try and offend men, but he should not cater to men by sacrificing the truth of God’s word. If God is pleased with the minister of the gospel, that is the minister’s greatest reward. Third, it is only as the minister is diligent and approved by God that he will have a clear conscience (“a worker who does not need to be ashamed”). If he is lazy, seeking the favor of men, and otherwise negligent in his calling, then he should be ashamed.

There is, unfortunately, a common misunderstanding concerning the ministry of the word that is associated with Jesus’s words in Matthew 10:19. Jesus said, “But when they deliver you up, do not worry about how or what you should speak.” In the context, Christ gives specific instructions to the apostles for their missionary endeavors. Verses 16-23 deal specifically with the persecution the apostles would face when they preached the gospel to unbelieving Jews and later in the Roman Empire (note Acts 4:8-12 for the specific application of this promise in the ministry of Peter). It should be obvious that Christ is not giving universal rules for the normative conduct of gospel ministers, but He is giving an extraordinary promise of the Spirit’s aid for the coming persecution that His apostles would face. France writes, “As in [Matthew] 6:25-34, the assurance is not an excuse for failure to make responsible provision for foreseeable needs; to take this assurance as an excuse for lazy preachers, insisting that all Christian utterance must be spontaneous and unprepared, is to take it seriously out of context.”[1]

The normative instruction for gospel ministers is found in our text, for Paul says the minister of the gospel must rightly divide the word of truth. This is consistent with Paul’s emphasis on sound doctrine throughout the Pastoral Epistles (cf. 1 Tim 1:10; 2:4; 3:2; 3:15; 4:6; 4:13; 2 Tim 1:13; 3:16-17; 4:3; Tit 1:1; 1:9; 2:1). For the minister to rightly divide the word of truth (or, handle “accurately the word of truth” NASB), he must study; he must prepare; he must strive to accurately expound the Scriptures. He does this, of course, with prayerfulness and with dependence on the Holy Spirit, but he must “Be diligent to show [himself] approved to God…”