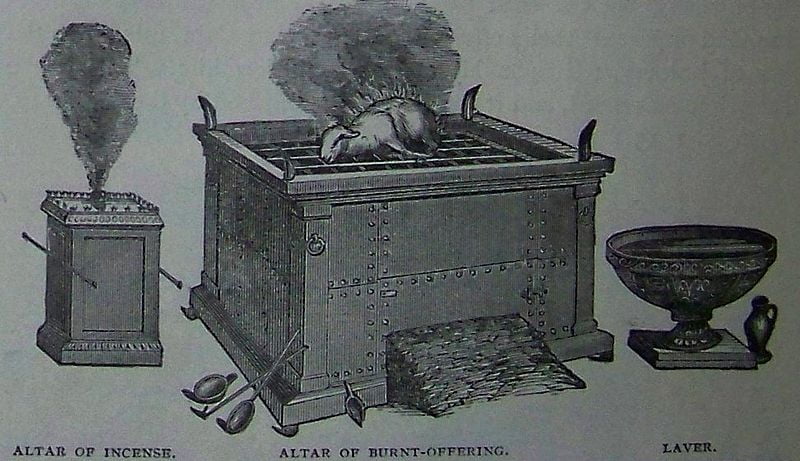 The strength or kind of faith required is nowhere stated. The Holy Spirit has said nothing as to quantity or quality, on which so many dwell, and over which they stumble, remaining all their days in darkness and uncertainty. It is simply in believing,-feeble as our faith may be,-that we are invested with this righteousness. For faith is no work, nor merit, nor effort; but the cessation from all these, and the acceptance in place of them of what another has done,-done completely, and forever. The simplest, feeblest faith suffices; for it is not the excellence of our act of faith that does aught for us, but the excellence of Him who suffered for sin, the just for the unjust, that He might bring us to God. His perfection suffices to cover not only that which is imperfect in our characters and lives, but that which is imperfect in our faith, when we believe on His name.

Many a feeble hand, – perhaps many a palsied one, – was laid on the head of the burnt-offering (Lev 1:4); but the feebleness of that palsied touch did not alter the character of the sacrifice, or make it less available in all its fullness for him who brought it. The priest would not turn him away from the door of the tabernacle because his hand trembled; nor would the bullock fail to be “accepted for him, to make atonement for him” (Lev 1:4), because his fingers might barely touch its head by reason of his feebleness. The burnt-offering was still the burnt-offering, and the weakest touch sufficed to establish the connection between it and him, because even that feeble touch was the expression of his consciousness that he was unfit to be dealt with on the footing of what he was himself, and of his desire to be dealt with by God on the footing of another, infinitely worthier and more perfect than himself.

Taken from, Everlasting Righteousness Or, How Shall Man Be Just with God?
Written by, Horatius Bonar.

Quoted in the Sept 4, 2022 Sunday School session on LBC Chapter 18 – “Of the Assurance of Grace and Salvation” by Cam Porter.