Of the Gospel – John Gill 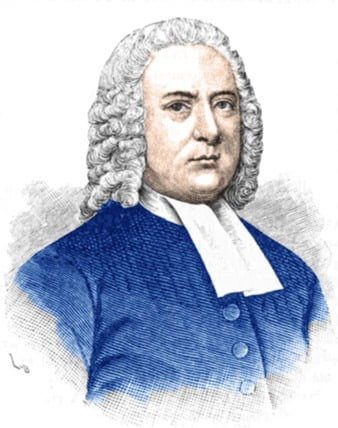 Excerpted from A Body of Doctrinal Divinity – John Gill

There was Gospel in the former dispensation, though called the legal dispensation; it was preached to Adam, to Abraham, and by Isaiah, and other prophets, as has been observed. Yet there is a clearer revelation and ministration of it under the present dispensation; as the law was by the ministration of Moses; “Grace and truth,” the word of grace and truth, the gospel, “came by Jesus Christ,” in a clearer and fuller manner than it had been made known before (John 1:17). Concerning which the following things may be noted.

1. First, The name and signification of it. The Greek word ευαγγελιον, used for it throughout the New Testament, signifies, a good message, good news, glad tidings; such the gospel is; a message of good news from God, from heaven, the far country, to sinners here on earth: such was the gospel Christ was anointed to preach, and did preach, even good tidings (Luke 4:18compared with Isa. 61:1), and which his ministers bring, whose feet are beautiful upon the mountains (Isa. 52:7; Acts 13:32, 33). The Hebrew word used for the gospel, and the preaching of it, signifies good tidings also; and it is observed by some, to have the signification of “flesh” in it, which has led them to think of the incarnation of Christ; which is, undoubtedly, good news to the children of men; and a considerable branch of the gospel of Christ; what has given Isaiah the character of an evangelic prophet is, because he so clearly spoke of the incarnation of Christ, as well as of his sufferings and death, as if then present in his time: “To us a Child is born, to us a Son is given” (Isa. 9:6; 7:14). And when the angel proclaimed the birth of Christ to the shepherds, he is said, “to bring good tidings of great joy to all people” (Luke 2:10, 11). And this is one principal part of the gospel, the great mystery of godliness; “God manifest in the flesh” (1 Tim. 3:16). Our English word “gospel,” is of Saxon derivation; in which language “spel” signifies speech; and so gospel is either “good speech,” which carries in it the same idea with the Greek and Hebrew words; or God’s speech, which he has spoken by his Son, by his prophets, and by his ministers; and is the voice of God the Son, the voice of Christ speaking in his ministers, and the voice of the Holy Ghost also.

Now this word is variously used; sometimes it is put for the history of Christ’s birth, life, and actions; such are the Gospels according to Matthew, Mark, Luke, and John. Mark begins his history thus; “The beginning of the Gospel of Jesus Christ the Son of God” (Mark 1:1). And Luke calls his Gospel; “The former treatise” he had made, “of all that Jesus began, both to do and teach” (Acts 1:1). And hence these four writers are commonly called evangelists; though this title is sometimes given to others, as distinct from apostles (Eph. 4:11), and even to ordinary ministers of the word, when they do the work of an evangelist, or preach the gospel faithfully, and make full proof of their ministry (2 Tim. 4:5). Sometimes the gospel is to be taken in a large sense, as including the word and ordinances (Matthew 28:19, 20; Mark 16:15, 16). And sometimes strictly, for the doctrine of peace, pardon, righteousness, and salvation by Christ; hence gospel ministers, who bring good tidings of good, are said to publish peace, and to publish salvation (Isa. 52:7), the sum of which is expressed by the apostle, when he says, “This is a faithful saying,” &c. (1 Tim. 1:15). Hence,

1a. The gospel is called, the gospel of salvation, the word of salvation, and salvation itself (Eph. 1:13; Acts 13:26; 28:28), because it gives an account of Christ, the author of salvation; of his appointment to it; of his mission, and coming into the world, to effect it; and of his actual performance of it; of his being the able, willing, and only Saviour; and of the salvation itself, as great and glorious, perfect and complete, spiritual and everlasting; and because it describes also the persons that share in it, sinners, sensible sinners, and who believe in Christ; and who, according to the declaration of it, shall certainly be saved (Mark 16:16; Acts 16:30, 31), and because it is, not only the means of revealing, but of applying salvation; for it is to them that believe “the power of God unto salvation” (Rom. 1:16).

1b. It is called, “The gospel of the grace of God” (Acts 20:24), because the various doctrines of it are doctrines of grace, or which exhibit blessings as flowing from the grace of God; as election, redemption, pardon, justification, adoption, and eternal life; and particularly, that salvation, from first to last, is all of grace, and not of works (Eph. 2:8).

1d. It is called, “The gospel of the kingdom” (Matthew 4:23), because it treats both of the kingdom of grace here, showing wherein it lies; and of the kingdom of glory hereafter, pointing out the proper meetness for it, regeneration by the Spirit of God; and the right and title to it, the righteousness of the Son of God; and that itself, as the Father’s free gift to his people, flowing from his good will and pleasure (John 3:5; Matthew 5:20; Luke 12:32).