You are here:
Biblical PrinciplesEthics 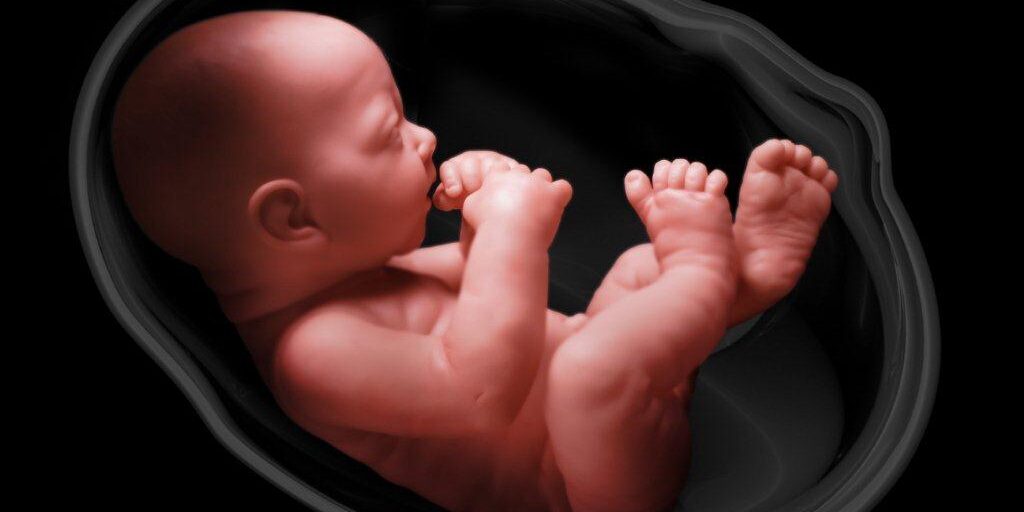 In Genesis 1:26–31, the creation account tells us that mankind was created in God’s image. As Professor Mark Ross explains, this means that mankind exclusively possesses what theologians call the imago Dei whereby man is a “personal being” in the “likeness [of] God” with a unique “measure of sovereignty over all the earth, with dominion over the fish of the sea, the birds of the air, the livestock, and every creeping thing” [1]. In Genesis 2, man’s distinctiveness is further shown when God does not replicate the verbal means used to create everything else in Genesis 1:1–25, but instead, He forms man from “the dust of the ground” and gives him the “breath of life” such that he becomes a “living being” (Gen. 2:7). Man is the only creature to enter covenant with God and to become responsible for Eden’s integrity (Gen. 2:15–17). Man is the only creature to have creative, linguistic, and reasonable abilities that allow him to name other kinds of creatures (Gen. 2:19–20). Finally, man is the only creature to be “joined to his wife” within a marriage covenant (Gen. 2:23–25). Given the ways that man is separate from the rest of creation, it is fitting that he was the final creature to be created before God declares “everything that He had made” to be “very good” on the sixth day of creation and enters into Sabbath rest on the seventh day (Gen. 1:31; 2:1–3). As our confession explains, God “created man, male and female, with reasonable and immortal souls … being made after the image of God, in knowledge, righteousness, and true holiness” (2LCF 4.2).

When man fell into sin, this introduced death, sorrow, and suffering into human experience, thereby affecting the image of God within mankind (Gen. 3:16–19; Rom. 6:23). However, even as the covenantal death sentence for sin was being carried out, God promised the coming of a redemptive “seed” in Genesis 3:15. As the earliest hint of an incarnate Messiah, we could say that this is the prototypical Christmas text that sets the tone for the rest of redemptive history. As Pastor Butler has taught during his recent exposition of John’s gospel, this is exactly why the prologue in John 1:1-18 explains that Christ is the incarnate Word who “became flesh and dwelt among us” (John 1:14). Before we can appreciate Christ’s ministry and redemptive activity, it is vital that we consider the theological significance of His incarnation.

First, the incarnation is absolutely necessary for our salvation. When Gregory of Nazianzus was doing battle against Apollinarian heretics who attacked Christ’s true humanity, he said, “For that which [Christ] has not assumed He has not healed; but that which is united to His Godhead … if the whole of [Adam’s] nature fell, it must be united to the whole nature of Him that was begotten, and so be saved as a whole. Let them not, then, begrudge us our complete salvation…” [2]. For Gregory of Nazianzus, the totality of Adam’s fall into sin necessitates a “complete salvation,” and thus, a partial incarnation does not permit sinners to be “saved as a whole.” If Christ was not really incarnate, a phantom Christ would entail a phantom salvation because He could not be our penal substitute, nor could His active obedience and passive obedience be imputed to sinners.

However, since Christ was actually and truly incarnate, He is qualified to be the “Mediator of the new covenant” who brings “His own blood” to the “Most Holy Place once for all, having obtained eternal redemption” (Heb. 9:11–15). In the words of Augustus Toplady’s hymn Fountain of Never-Ceasing Grace, we bless Christ as the “great object of immortal praise” and as “essentially supreme” precisely because of “the glorious fruits your incarnation gives, the righteousness which grace imputes, and faith alone receives” [3]. In sum, there is no redemptive Easter without an Athanasian and Nicene Christmas where, as our confession states, Christ assumes “man’s nature, with all the essential properties and common infirmities of it, yet without sin” (2LCF 8.2).

Second, Christ’s incarnation does not merely procure redemptive benefits for us, but it also has ethical and practical implications as it argues for man’s intrinsic dignity. As we look forward to Sanctity of Life Sunday this month, it is appropriate to recoil in horror at how human life is regarded as disposable. The most obvious example of this is found in the moral emergency of induced abortion. Later this month, two grim anniversaries will pass: while January 22nd will mark 49 years since the U.S. Supreme Court decriminalized abortion nationwide through its Roe v. Wade decision in 1973, January 28th will mark 34 years since our own Supreme Court similarly legalized abortion in Canada through R. v. Morgentaler in 1988. In the decades since these cases, millions of preborn children have been and continue to be dismembered, mutilated, and slaughtered in the name of “personal choice” in our two countries.

To make matters worse, the current generation of abortion advocates have become much more radical. While abortion advocates used to argue for making abortion “safe, legal, and rare” as an exceptional, yet ‘tolerable’ practice, we are now in an era where they call women to “shout your abortion.” Under Prime Minister Justin Trudeau, Canada now has the most brazen and radical pro-abortion platform in Canadian history. When former U.S. President Trump ended “funding to organizations that support abortion services” overseas in 2017, these groups faced a $600 million shortfall. In response, Trudeau doubled Canada’s existing funding for those groups from $650 million to $1.3 billion over the following three years [4]. It was not enough to make up the difference, but instead, Trudeau made a point of giving them more resources than they had to ensure they were better able to advocate abortion in countries where it remains illegal. When Erin O’Toole became the leader of the Conservative opposition last year, he went on record as being a “pro-choice leader” who would ensure that “abortion services are available from one ocean to the other” [5]. While we may want to celebrate the recent legislative and judicial victories that the American pro-life movement has achieved recently, we ought to mourn at the current situation in Canada where all of our political parties are pro-abortion to the point of being hostile to the pro-life movement. Even when supposedly pro-life Stephen Harper was prime minister, he was famous for repeatedly saying he had “no plans to reopen the abortion debate” [6]. Indeed, his government presided over the decoration of Dr. Henry Morgentaler, the man whose abortion clinic led to the aforementioned Supreme Court case in 1988, with the Order of Canada as our nation’s second highest honor [7]. In sum, the practice is not merely state-sanctioned or state-sponsored, but indeed, it is state-celebrated as a political sacrament.

In turn, how should Christians respond? We must begin by realizing that the biblical worldview conflicts with the postmodernism and secularism of Canada’s political class. When we maintain that life begins at conception and that abortion entails murdering preborn human beings, we are not only using biological and scientific reality to inform our ethics, but we are also applying the “whole counsel of God” as it is “expressly set down or necessarily contained in the Holy Scripture” (2LCF 1.6). In Psalm 139:13–14, David refers to God’s covering and forming him in his mother’s womb such that he is “fearfully and wonderfully made” as a “marvelous” work that warrants his praise. In Luke 1:39–45, scripture tells us that when Mary visited her pregnant cousin, Elizabeth, the preborn John the Baptist “leaped” in his mother’s womb. For Christ to be what the Athanasian Creed refers to a “perfect man, of a reasonable soul and human flesh subsisting,” his mother Mary had to be “found with child” whereby “that which is conceived in her is of the Holy Spirit” (Matt. 1:18–20). Therefore, not only does Christ’s incarnation dignify humanity in general, but it also argues for the humanity of children from the point of conception. Conversely, abortion represents an assault on the image of God as present in the preborn, the dignity that Christ’s incarnation affords to the preborn, and on God’s universal authority. It is not biblically, theologically, or scientifically viable to argue that preborn children are clumps of cells or blocks of undefined tissue rather than image-bearing human beings.

We must also prayerfully intercede. In our church, we often pray that God would “in wrath remember mercy” (Hab. 3:2). While the prophet knew that it was proper that God’s wrath be poured out on a covenant-breaking, idolatrous, and unfaithful people through the Chaldean invasion of Judah, he nevertheless prays for mercy, and later, he commits himself to rejoicing in the God of his salvation while confessing that the “Lord God is [his] strength” (Hab. 3:18–19). Indeed, the same incarnation that indicts the bloodshed of abortion is the basis for our boldness in prayer. In Hebrews 4:15–16, scripture rejects the idea that Christ is “a High Priest who cannot sympathize our weaknesses” precisely because He “was in all points tempted as we are, yet without sin,” and thus, His experiential solidarity with us is exactly why we should “come boldly to the throne of grace, that we may obtain mercy and find grace to help in time of need.” As Psalm 103:13–14 teaches, God “pities those who fear Him” because “He knows our frame” and “remembers that we are dust.” Our prayers should reflect an appreciation of their mediation by an incarnate Advocate who was a “Man of sorrows and acquainted with grief” (Isa. 53:3; 1 John 2:1). In sum, our prayers should be biblically rooted and theologically informed. Thus, even if Justin Trudeau and Erin O’Toole envision a secularized Canada without any room for biblical Christianity in the public square, our hope and trust is in King Jesus.

Therefore, let us continue to pray that God grant repentance to these men, that God would bless the pro-life movement in Canada, and that God would sustain our spirits even as we face growing hostility in our country.