The Redemptive Purpose of the Resurrection

You are here:
Sermon Transcript 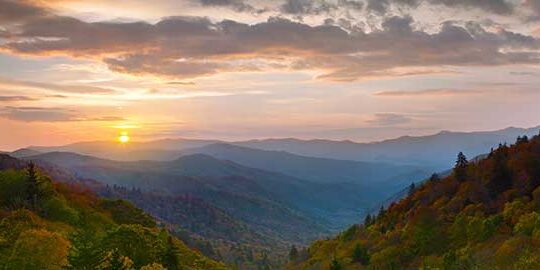 Transcribed and edited excerpt from a sermon preached on April 12, 2020 on Romans 4:25 – Pastor Jim Butler

“(23) Now it was not written for his sake alone that it was imputed to him, (24) but also for us. It shall be imputed to us who believe in Him who raised up Jesus our Lord from the dead, (25) who was delivered up because of our offenses, and was raised because of our justification.” (Romans 4:23–25)

The fact of the redemptive purpose of Christ’s resurrection is stated in Romans 4:25b. We also see this stated in Matthew 28:1–10, in John, in Mark, in Luke; you see that fact stated in a whole host of places. In 1 Corinthians 15, we have another sort of specimen passage as an argument concerning resurrection. The passage starts with the foundational fact of Christ’s resurrection. In 1 Corinthians 15:1–4, the “scriptures” in view are the Old Testament. By this, Paul is referring to passages such as Isaiah 53 which describes the cutting off of the Messiah, Daniel 9, and the typology of Genesis 22 when Abraham went up to Mount Moriah with Isaac. Paul is also referring Psalm 16 as texts that stress a resurrected Messiah who indeed completes God’s work and will be alive.

The emphasis is on the Father raising the Son from the dead. It’s not that Christ does not participate in that particular action. Francis Turretin explains:

We ought to appreciate that justification – especially in this context – is a forensic term. Paul is not talking about moral transformation as though the resurrection occurred so that you and I might become great girls and guys. Sanctification certainly follows and Paul will definitely deal with that later on in Romans. But in the context of Romans 3 and 4, he is highlighting and accenting the judicial character of justification by faith and the forensic nature of it whereby righteousness is imputed to us. It is received by faith alone and that blessed righteousness is also accompanied by forgiveness of sins. The Westminster Shorter Catechism beautifully defines justification as an “act of God’s free grace, wherein He pardons all our sins and accepts us as righteous in His sight, only for the righteousness of Christ imputed to us, and received by faith alone.”

My encouragement, brethren, is to get the definition of justification down. There is nothing more practical, nothing more blessed, nothing more great for the Christian to apprehend than the reality that God, in justification, forgives us of all our sins and receives us as “righteous in His sight.”

The death and resurrection of Christ are inseparable events. Listen to Warfield:

“That He died manifests His love and His willingness to save. It is His rising again that manifests His power and His ability to save. We cannot be saved by a dead Christ, who undertook but could not perform, and who still lies under the Syrian sky, another martyr of impotent love. To save, He must pass not merely to but through death.”

The resurrection testifies that redemption was accomplished. As Jesus said, “It is finished!” That’s a blessed statement that Christ utilizes from the cross. He did not say, “I am finished” as a weak sort of emptying of Himself. It is a triumphant cry of victory. “It is finished” – the work that the Father has given me is accomplished. The sixth saying of the Saviour on the cross indicates that reconciliation and redemption is effected by the Son of God. The statement is in the perfect tense which means that something that happened in the past continues to have a present and abiding effect on us now.

It is absolutely crucial that we appropriate these doctrines in our minds and hearts. This will promote stability, encouragement, comfort, and security in the lives of God’s people.

The Basis For Confessional Trinitarianism
August 29, 2022

The Pauline Precedent for Churches
June 4, 2022